Download the Best Android Launchers in 2022 from Play Store

One can customize their phone’s home screen with the best Android launcher per their liking. There are incredible ways to put one’s personal stamp on the screen, ranging from minimal skins to explosive arrays of color.

An Android launch gives a total makeover to a phone, and one can feel the phone look and feel different with new themes and icons. It can also improve the smartphone’s functionality with new folders and search assistants.

This review will look at the five best Android launchers that can be downloaded from the Google Play Store.

It is impossible to talk about the best launcher for Android phones without mentioning the Nova Launcher. It is sleek, fast, and customizable, and it balances the external changes on the home screen without affecting the device’s performance.

There are plenty of features to access from the broad range of icon packs and color themes. The other options include infinite scrolling, folder settings, scrollable docks, and app drawer customizations. The Nova developers keep adding new features and improvements such as animations and Sesame Shortcuts. The paid version at $ 4.99 offers more robust features than a free download.

The Niagara is designed so that it places the apps and notifications on the center and front and keeps distractions to the minimum. The notifications are displayed on the home screen while spam and duplicate notifications automatically filter out. The app drawer ensures that the user’s favorite most-used apps surface automatically and provides alphabetical shortcuts that are pretty handy.

The Niagara launcher is highly minimalistic, and it does not provide the extra frills and additional options that one might be expecting. However, they are updated frequently and show excellent potential are among the top launchers.

This launcher is a favorite Samsung launcher for Android phones with its simple flower-based grids and sorted app folders. The Smart Launcher 5 is the latest version and includes refreshing changes with new features.

The new layouts have joined the existing flower grid. The app drawer makes it easy to find whatever one needs and is sorted intelligently. The colors and icons are adaptive, while the widgets are fully resizable, and more customizations make the whole package classier. For $7, one can get extra features like expanded gesture controls and pop-up devices.

This launcher crams up as much as possible on the screen in a simple format, unlike other launchers, which try to declutter the screen visuals. The frequently used apps, recently received calls, messages, emails, and calendar events are displayed. This launcher has a free and paid version that unlocks additional features. 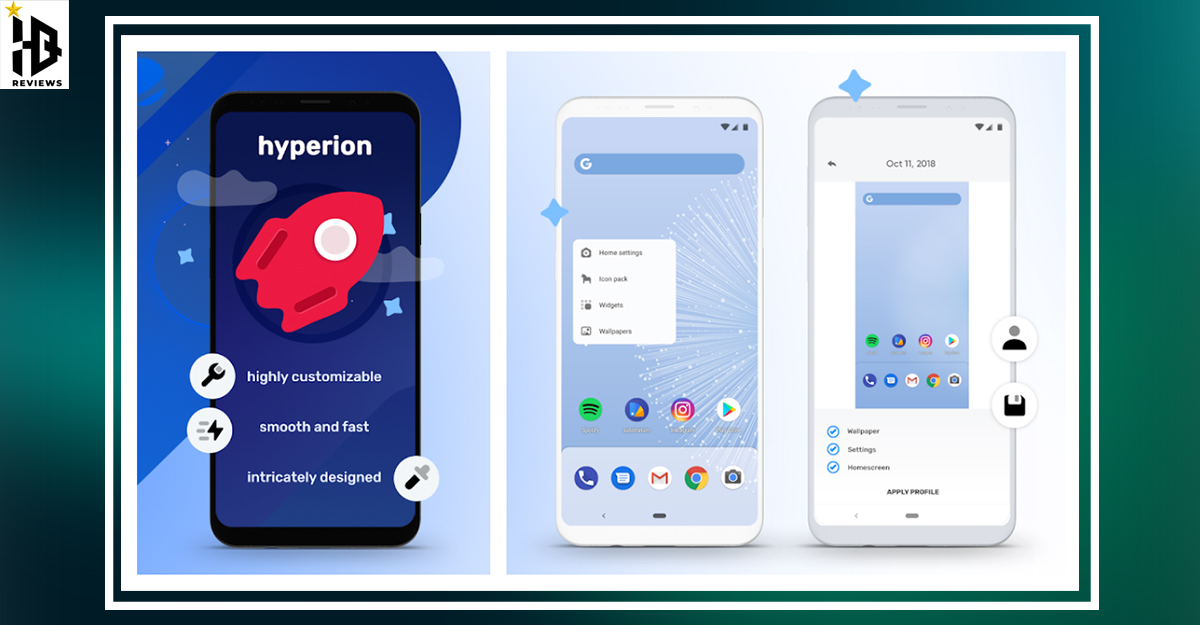 The Hyperion launcher is a customizable app for Android phones that tweak an extensive array of settings. This pixel-like launcher offers the standard wallpapers and widgets and configures settings for folders, animations, themes, and icons. It has a free and pro version.

The Android look is evolving every year, yet there is the availability of more than one Android launcher for one’s phone.