Samsung announced the Galaxy Buds 2, along with the Galaxy Z Fold 3 and the Z Flip 3. By adding active noise cancellation, the Buds 2 improve upon their predecessors. The Samsung Galaxy Buds 2 are the company’s latest true wireless earbuds. Samsung is known for launching new true wireless earbuds in quick succession. Following the release of the original Samsung Galaxy Buds in 2019, the Buds 2 offers many improvements, from sound quality and fit to active noise cancellation. Several of these improvements make the Galaxy Buds a great buy for owners of the original Galaxy Buds looking for a new set of truly wireless earbuds, as well as a great competitor to the Apple AirPods. So, you will, at the end of the day, get more features on Android–and specifically Samsung– smartphones than any other kind, but they also work with iOS devices. 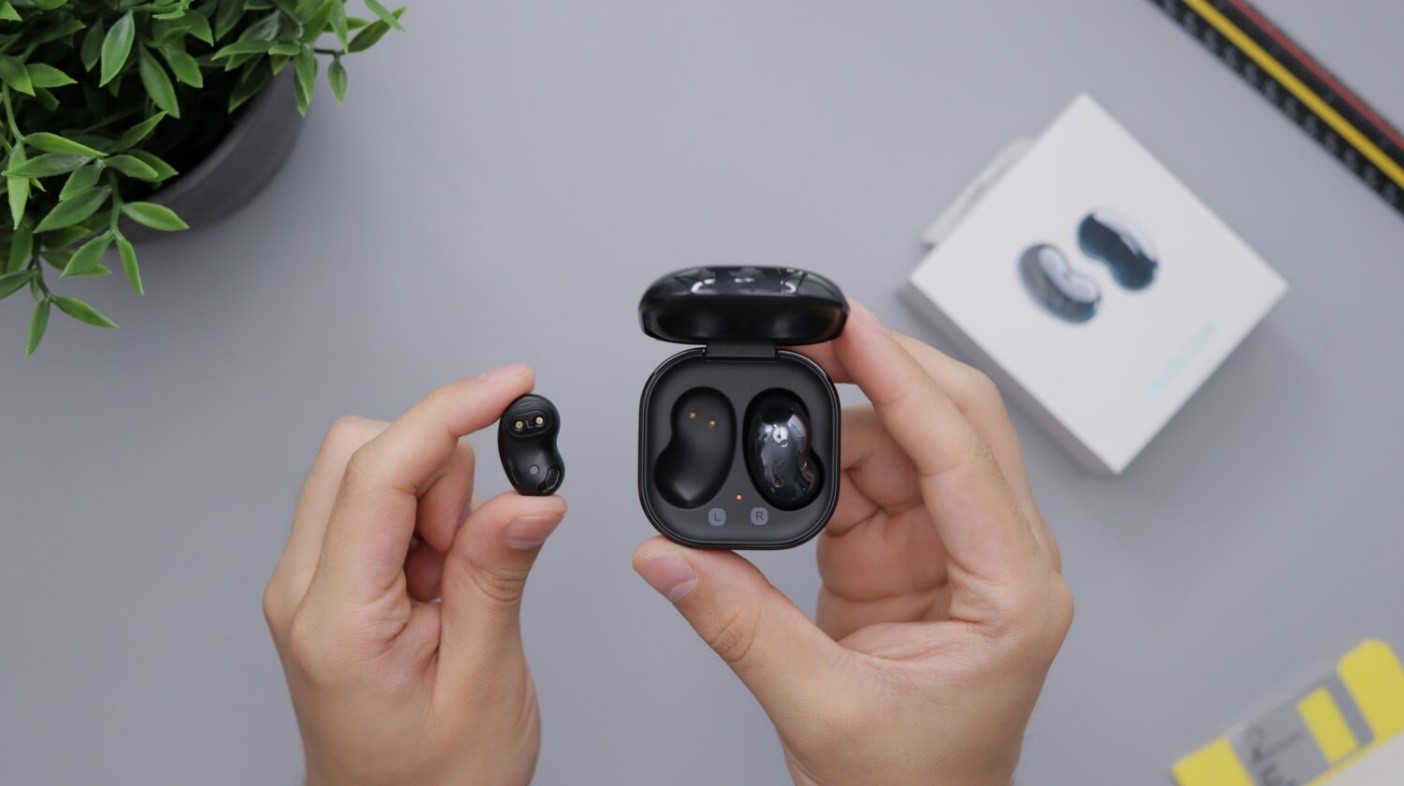 Its design makes it easier to tell it apart from its siblings. Samsung Galaxy Buds 2’s closest comparison to the Galaxy Buds Live (which are most similar to beans) is pebbles, which are small, round, and very smooth. An easy-to-carry plastic case fits them easily inside a pocket. When the case is opened, you can see the Buds themselves, which come in Lavender, Olive, White, or Graphite. Although the Buds themselves and the case have distinctive colors, the case outside will always be white.

In Samsung’s opinion, the Galaxy Buds 2 are 15% smaller and 20% lighter than the Galaxy Buds Plus, so you can wear them for longer periods of time. Having a bit smaller size makes them a little harder to handle and more susceptible to slipping out of their case and your ears.

Thankfully, due to the Buds’ magnetized connection with the metal pins in the case, this won’t happen very often. But we do recommend you be careful when taking them out or putting them back in their case, lest they happen to fall out and bounce.

By holding either earbud’s touchpad, you can enable noise cancellation. We recommend that at least one of the controls be set for noise cancellation. You can change it to something else through the Galaxy Wearable app, for example, to summon your assistant. Recently the firmware was updated to include the capability for ANC to be activated even when you are only using one earbud.

Samsung did not build an always-listening assistant into the Galaxy Buds 2, which could make them less compelling for people who would rather not have to use a button to summon a voice assistant.

If you press the noise cancellation button again, you can enter ambient mode. This may seem counterproductive, but it’s actually useful for things like chatting without having to remove your buds.

As far as sound is concerned, they have an excellent sound curve that emphasizes the bass, middle and high frequencies, excluding under 80Hz and over 11,000Hz, which are a bit harsh at high volumes. The audio quality is generally pretty good, with a decent amount of bass when listening to EDM and rap.

But these are still great-sounding earbuds despite a few minor quibbles.

You may be able to get five hours of battery life with active noise canceling turned on and a bit longer if you turn it off. In addition to three additional charges inside the case, ANC charges for 20 hours with it on, but 29 hours with it off.

Your earbuds’ battery life is largely determined by how you use them. There is a proximity sensor on the inside of the buds that helps to optimize battery life by automatically pausing the music if the buds are outside your ear canal.

In terms of price, they are the same as Samsung’s original Galaxy Buds, which came out in 2019 and have many of the same features as Apple’s Beats Studio Buds. It is a great pair of earbuds. We found them even more comfortable and better-sounding than Apple AirPods, the most popular earphones.

Should You Buy The Samsung Galaxy Buds 2?

It really works well with Samsung Galaxy devices and other Android devices. They have fast pairing and a Galaxy Wearable app that you can use to adjust the EQ and control scheme of the headphones, plus Samsung devices can use the Buds’ proprietary Scalable Audio Codec to get better sound quality. Galaxy Buds 2 has both audio and feature improvements over the original Galaxy Buds, making it a worthwhile upgrade.

True wireless earphones with decent sound quality and a forgettable design, the Samsung Galaxy Buds 2 are sleek and decent. Despite the bassy sound, it’s decent enough for MP3s or Spotify, and the battery lasts for about five hours, which is a comfortable length for earbuds you’ll only use while you are on the go.