This Close To Okay- Empathetic and Sentimental

You know once in a while you come across a book that speaks to you in such a friendly manner and about things that you knew you needed to talk about but never had anyone to talk with. This Close To Okay book had been that kind of a book for me. It shows that everyone has got their own fights to fight. Maybe the fights are not similar but the narration is empathetic enough to make the readers feel comforted.

However, before you go into the review of the book, it’s my responsibility to warn you that the book has got quite a few triggers about suicide, depression, and mental illnesses and not-so-good ways of handling them (in rather vivid details). So if you think you would not be able to read about such things (maybe not just yet), it is okay to skip the book for the time (or at least till you are ready to confront your emotions about matters similar).

The story revolves around Tallie Clark, a 40 years therapist, and Emmett, a man (of age similar to Tallie) who is saved by Tallie as he was trying to commit suicide.

Tallie is fighting her own battles. Her marriage of 10 years has recently ended. Her husband cheated on her with a woman with whom he is currently living along with their baby. And here Tallie returns to her house to her two cats for company. Her failed attempts at IVF over the years did not make it easy for her either.

On one random rainy day as Tallie was passing the bridge, she spots a man standing on the edge, on the verge of jumping off the bridge. She immediately comes out of her car, goes over to him, convinces him to have a cup of coffee with her, seeking a chance to get him to open up to her. And that is exactly what happens after a point.

When the man leaves to hit the loo mid-conversation while they were still at the coffee shop, Tallie goes through the belongings in the pocket of his jacket and finds two suicide notes. The note consisted of the only two people the man actually missed (or would have missed).

The therapist in Tallie immediately starts to function and she decides to delve a bit deeper into the man’s life and brain so as to help him better. Tallie genuinely wants to help out this man, and she also hopes that this helps her take a break from the constant stream of thoughts about divorce inside her head.

They bond over their coffee meeting and Emmett accepts her offer to visit her house and shares his name.

However, Emmett finds out that she has got hold of his suicide notes and is actually trying to help him. He wants to do something in return. Before going off to sleep he asks Tallie if he could use her laptop and Tallie obliges. He uses this chance to create a fake account and mail Tallie’s ex-husband asking him questions that Tallie might have had about the marriage and the divorce and the events leading up to the divorce, but would never have dared to ask. Emmett hoped that this could offer her the closure she deserved.

Their friendship blooms gorgeously and deliciously just over a couple of days and things start to change along with the changing emotions of the individuals involved.

Everything seems fine unless Tallie finds out the truth about Emmett, why her family and friends keep referring to him as being weirdly familiar, and the secrets that Emmett had been hiding, making it twist worth the wait. 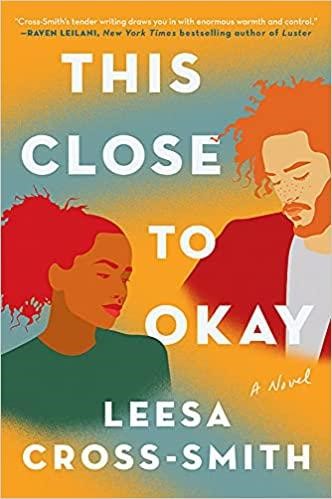 Read More: The Removed- the Taste of Literature

The Ups And Downs in the Narration

The characters are genuine and become close to the heart of the readers quite fast. One could very well say that the best part of the book was the development of the characters. They grow onto us like warm hugs that we crave at 3 am- someone to tell us that struggles come but they do go away as well.

I do have a warning for other fellow readers out there. The story is bound to make you feel engaged with the developments in the plot and suck you into the pages. However, do not get too attached, else the ending is bound to drive you crazy. It is not something you may have forecasted from beforehand and it might not be (in all probability) not the end you want. But then again, I decided that it was probably intentional on the part of the author, Leesa Cross-Smith. Maybe she wanted us to understand that life does not happen as we want it to happen.

However, apart from these few things, there isn’t much that I found wrong with the book. It was rather a very good choice for me provided the space I was in personally at the time when I had decided to give it a read.

If you are struggling with a particular thought of yours, or if someone close to you has just ditched you and you cannot help but blame yourself, or if you are just in a bad place generally, the book might be a good choice for you. It does not sugarcoat the struggles or the undesirable eventualities that it might lead to at times, but it does reignite your faith in the universe and the fact that bad times pass, they just might take a bit of time at times, that’s all.

Again, you do not have to go through battles to read this beauty. This piece is a good piece of literature all in all and worth a read for anyone interested in the people and literature that surrounds them.

This Close To Okay- Empathetic and SentimentalYou know once in a while you come across a book that speaks to you in such a friendly manner and about things that you knew you needed to talk about but never had anyone to talk with. This Close To Okay book had...