Apple’s new iPhone 13 & 13 mini do not offer much excitement. If you’ve been following the development of Android handsets, you know that Apple’s refinements on the iPhone 12 models will be familiar to you. A few new features are impressive, such as the iPhone 12 Pro Max‘s excellent camera hardware extending to smaller and cheaper phones. There are other improvements, like a slightly smaller notch, bigger batteries, brighter displays, and faster chips, that feel incremental in comparison. Ideally, those looking to upgrade from older iPhones will find the iPhone 13 mini and iPhone 13 to be worthwhile upgrades. 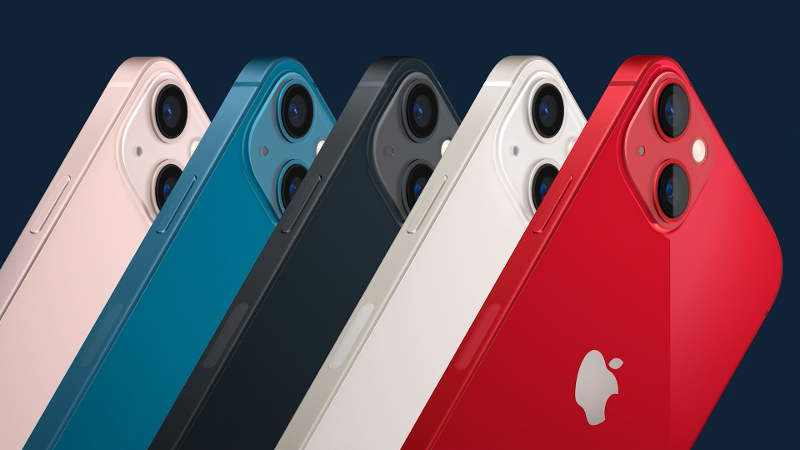 When upgrading from an iPhone 12 or 12 mini, you might not notice a huge difference. New color options are available in pink as well as a smaller notch and a rearranged camera module. Because of the glass covering the iPhone, it appears paler and more iridescent. Although Apple has reduced the front camera notch by 20 percent, it is still a greater distance than what you see in Android designs. Using this device on a daily basis was also not affected by its smaller size. In addition, that notch houses hardware for Face ID, which is more sophisticated than any punch-hole camera at the moment. There is no fingerprint sensor on the current lineup of iPhones, so it makes sense to upgrade the face-recognition system, and until Apple finds a better way to do it, the notch will have to do.

When comparing the iPhone 13 with its predecessor, the camera is the main difference. This time, Apple’s lenses were laid diagonally rather than vertically.  In terms of physical design, the iPhone 13 and 13 mini are very similar to their predecessors. Apple calls its “ceramic shield” a protective cover that covers the front of the devices. Both of them have anodized aluminum and glass frames.

Despite being a little heavier and thicker than their predecessors, the iPhone 13 and 13 mini both have the same display sizes as before at 6.1-inches and 5.4-inches, respectively. It does feel more premium because of its glass covering, density, and shiny metal edges.

Its displays are similar to those seen on its predecessors, rather than those of the iPhone 13 Pros, which have faster 120Hz screens. There is a 28-percent increase in brightness on Apple’s new panels. Holding an iPhone 12 or 13 on a cloudy day and automatically sets its maximum brightness. You will be able to see the iPhone 13’s display is still vibrant and crisp, even if you’ve just used a 60Hz screen to this point. Aside from those changes, the iPhone 13 screens haven’t changed much. It’s just that phone displays seem to be faster almost everywhere else. 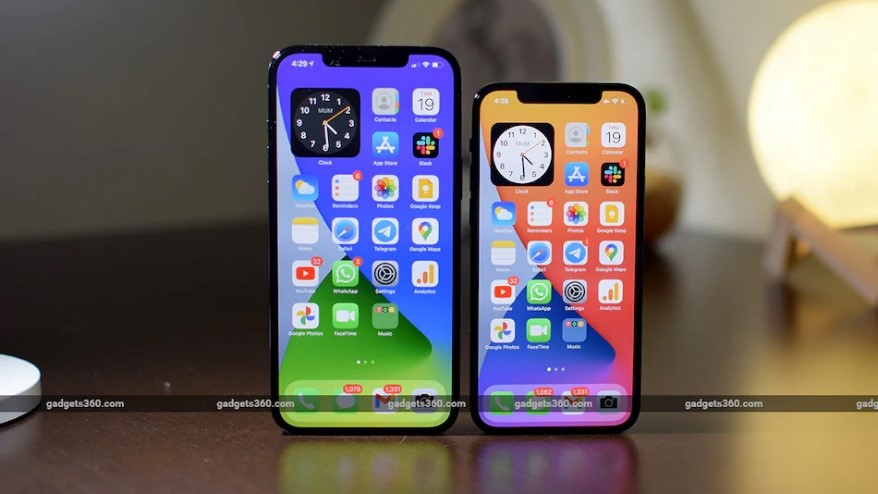 In terms of the speakers on the iPhone 13, they’re basically unchanged and are good enough to hear the voices on YouTube videos or the background music on your favorite creator’s clips. The fact that they are clear and have decent bass may allow you to employ them even for streaming music in an emergency. It is expected that the larger iPhone will sound louder and have a fuller sound than the mini.

Photographic and video features are the main upgrades in the iPhone 13 & 13 mini. The cameras on the back were also improved and the ultra-wide lens should allow in lighter than before. As an example, the faster image signal processor (ISP) on the chip will help to reduce the time it takes to take night-time photos. The iPhone 13s, however, introduces a new feature called Photographic Styles, which can better match users’ personal preferences. The program lets you choose between five profiles: Standard, Warm, Vibrant, and Cool that vary in the levels of contrast and color temperature. 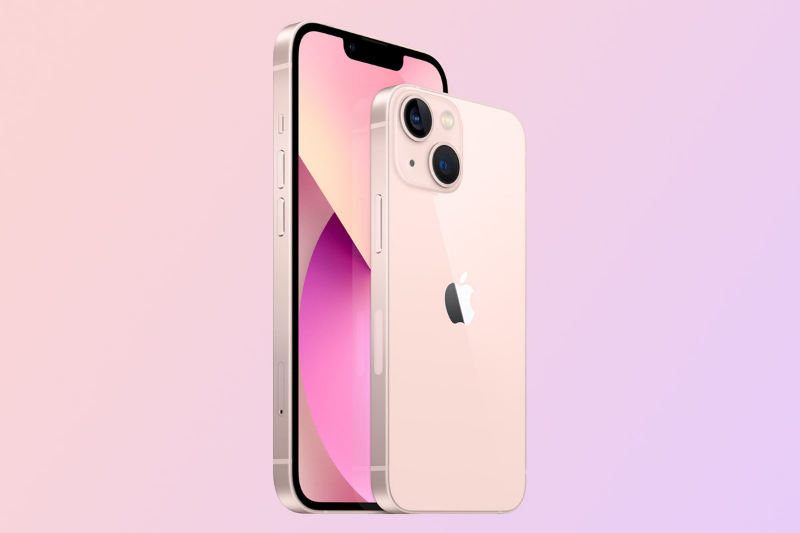 In terms of video features, the cinematic mode is the most intriguing. The iPhone 13 can capture clips with a similar effect to portrait mode using the A15 chip’s neural engine. It can keep the focus on your selected subject by blurring out the rest of the background. Changing the image’s focal point can be done by tapping on that part of your viewfinder or by letting the iPhone decide for you based on what the scene is. A 12-megapixel selfie camera also offers cinematic mode and photographic styles, and both features were just as effective when used with the front sensor as when used with the rear sensor.

In my shots, the iPhone 13 identified faces immediately. The subjects became clearer as they turned towards the camera and blurrier as they turned away from it.  Even if you set your camera to record at a higher quality, the cinematic mode does not work in anything higher than 1080p at 30 frames per second.

The features that come with iOS 15 are mostly covered in this review of the beta, including new focus modes and share play. The ability to set customized home pages and notifications based on your location or time of day has always been a useful feature of modern smartphones.

One of the more notable iOS updates is live text in photos, which makes it easier to search for specific images in the spotlight. Messages’ shared with you feature makes it a little easier to find things you and your friends discussed. The maps app has also been updated. Although iOS 15 features will be coming to older iPhones, you are unlikely to be convinced into upgrading this year by these features.

However, Apple said both the iPhone 13 and 13 mini should have a longer battery life than their predecessors despite their brighter screens. The 13 mini actually outlasted the 12 mini by almost an entire day on light use, but the video rundown test still resulted in an average score of 13 hours and 19 minutes. The iPhone 13 mini can be used with one hand much more easily. However, the biggest limitation of any modern phone of this size is its inability to last long.

On the other hand, the iPhone 13 lasted longer than its predecessor and was generally able to survive for almost two days. Both the Pixel 5 and Galaxy S21 ran for similar runtimes – it is nice that most flagships have long-lasting batteries these days.

Even if you’re still on an iPhone 11 or older, this year’s iPhones offer just enough improvements to tempt you to upgrade, even if they don’t offer major improvements over their predecessors.  Because of their largely similar design and few major upgrades from previous models, the iPhone 13 and 13 mini feels more like the iPhone 12s and 12s mini. As an iPhone 12 owner, you have to decide if the upgraded battery life and the improved photography are worth the price increase. The 13 Pro and 13 Pro Max come with faster displays and macro photography features, which could make them worth picking up if those are important to you.

A Quick Look At The IPhone 13 And 13 MiniApple's new iPhone 13 & 13 mini do not offer much excitement. If you've been following the development of Android handsets, you know that Apple's refinements on the iPhone 12 models will be familiar to you. A few new features are impressive, such as...