Bloodless- A Candy for Thriller Lovers

No matter if they write separately or in combination, Lincoln Child and Douglas Preston are among my favorite authors. Agent Aloysius Pendergast is the protagonist of their 20th novel, BLOODLESS, and it may be one of their best.

An unidentified guy named D.B. Cooper aka Dan Cooper took control of a Boeing 727 on November 23, 1971, as it was traveling between Seattle and Portland in the Pacific Northwest. Armed with over $200,000 in ransom money and four handmade parachutes, he jumped out of the plane and into the ocean. His disappearance was a mystery. Was this unsolved case connected to Preston and Child’s novel set in Savannah, Georgia today?  Pair of Hollywood’s most creative minds have created a major narrative surprise.

It begins with a flashback when a guy hijacks a plane in 1971. To get out, he allows the passengers to deplane, collects a ransom payment, and then commands the craft to take off with only a skeleton crew.

A different sort of hijacking takes place in the modern day. After wrapping off a case in Florida, Special Agent Pendergast’s chopper is redirected from Miami to Savannah where a peculiar mystery has been brewing.

A man was found lifeless, his corpse devoid of any blood, and he was pronounced dead. Next to it, there is a completely unrelated corpse that was also killed by the same method.

Little information is available when they investigate Savannah’s strange stories, which include a vampire known as The Savannah Vampire.

Some people get in the way of their attempts, such as the paranormal “documentary” director and the team he’s brought along, the competing debunker who has his own agenda, and a conceited politician who wants the murders to be solved before his rally in the city.

In order to solve the suspense, Pendergast and his team will have no choice but to travel to Savannah, where they will discover that the culprit may not be of this world and that the mystery may intertwine with D.B. Cooper. 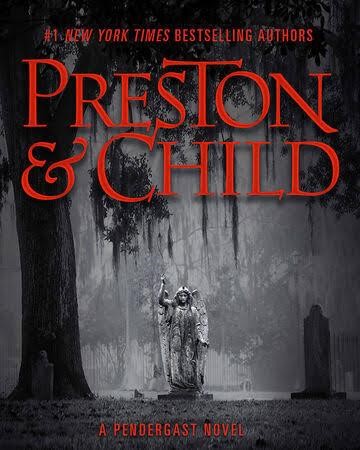 Read More: The Last Thing He Told Me- We All Have Stories We Never Tell

It was on the evening of 24th November 1971 when Flight 305, en route from Portland to Seattle, was hijacked by  D. B. Cooper who demanded $200,000. He then choppered out of the plane and disappeared into the dark and history.

On a weird and grisly case fifty years later, Agent Pendergast is tasked with solving the mystery of a corpse found with no blood left in its veins. This has caused fear and revived whispered legends of the Savannah Vampire.

Pendergast and his colleague, Coldmoon, are racing to figure out how—or if—these killings are related to the only unresolved plane hijacking in American history, as the mystery grows and the death count grows. They team up and embark on the journey to solve the unsolved.

After a while, it takes a long time to get acclimated to the speed. Many of the red herrings and discussions between Pendergast and Constance make more sense if you’ve already read the earlier novels in this series. Red herrings dot the landscape. As the story progressed, a sci-fi twist helped me sympathize with the storyline and the characters even more. What happened next had me spellbound.

A paranormal-filming organization and a guy who wants to uncover the gang are also involved. When it comes to Pendergast’s inquiry, a few blood-let corpses can either help or hurt their cause. Pendergast and crew have their work cut out for them with the addition of a few more bloodless victims, a scary cemetery, along with some futuristic technology.
This book presents Pendergast in all his glory. Among the mysteries are a historical mystery and a more current, horrific mystery. There are also secrets, deceit, and a lot of gloom.

Constance, Coldmoon & Pendergast create a great trio. They have great chemistry together. They make up some of the best characters (quite obviously) that make the book worth the read. The revelations and the methods they undertake for the same are brilliant as well. Some may not be in favor of the character of Constance. However, the character remains an integral (and pivotal) part of the plot and some may even end up liking the character eventually.

Many other things make this case intriguing: the way of course of death, a “documentary” production staff trying to develop a film about evil spirits in Savannah, the election campaign of an annoying senator, a rather mysterious old lady hotel owner, and of course the famed old city of Savannah, which has a lot to offer.

This was among the most thrilling chapters of the sequence that I’ve read in a long time when you combine all of this together, along with a number of other things that the reader should understand via the tale.

P&C has a long relationship with many of the people in this tale. But knowing about other adventures isn’t necessary to enjoy this one, even if it enhances them. As a result, feel free to start your adventure here

In retrospect, while keeping D.B. Cooper in your mind, the links that Pendergast will make during his inquiry would be nothing less than amazing. Pendergast believes that a gadget is a key to solving the riddle of who or what is haunting Savannah. For thriller enthusiasts, BLOODLESS is like a candy bar, from which they’ll savor every last bite.

Bloodless- A Candy for Thriller LoversNo matter if they write separately or in combination, Lincoln Child and Douglas Preston are among my favorite authors. Agent Aloysius Pendergast is the protagonist of their 20th novel, BLOODLESS, and it may be one of their best. An unidentified guy named D.B. Cooper aka Dan Cooper...