This is a product of the industry legends behind the Final Fantasy series, and it is available on the Apple Arcade. This breathtaking RPG immerses gamers in hand-crafted worlds that resemble dioramas. Players take on the role of Leo, who rouses from a huge explosion to discover himself in a strange land being lost with only a single memory. 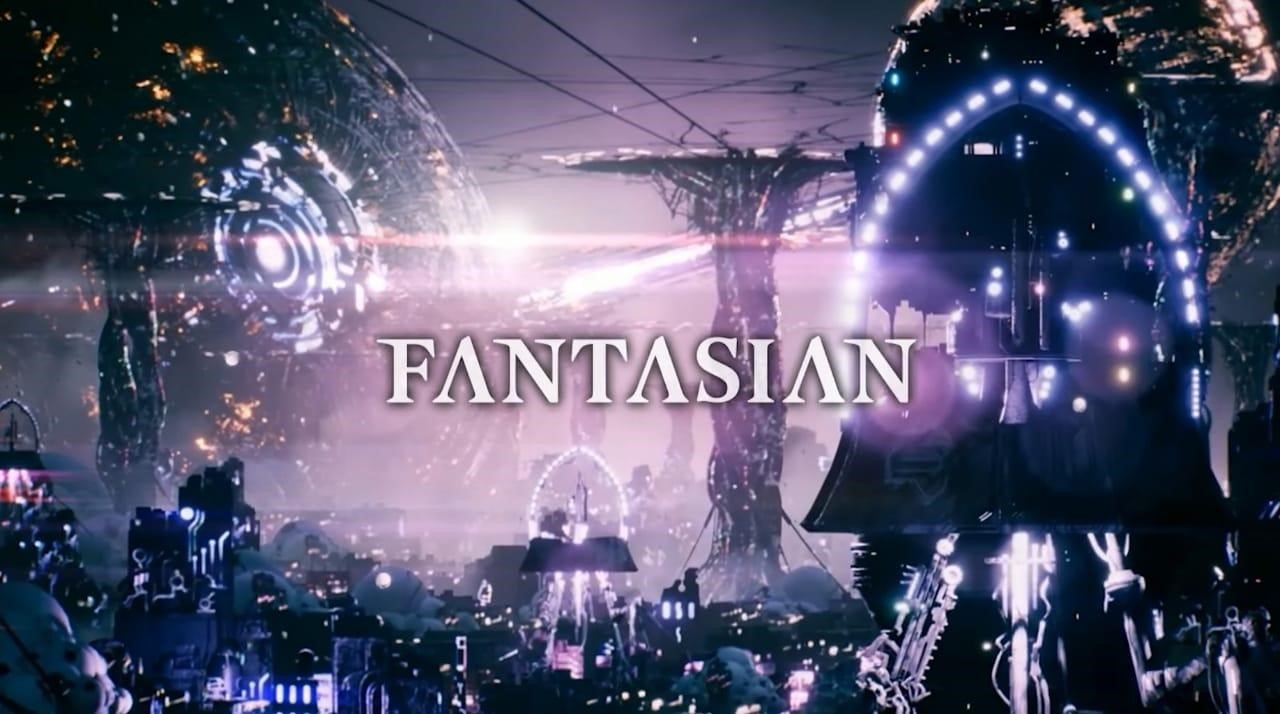 After three years Fantasian is finally out in the apple store. It’s by a renowned Final Fantasy creator Hironobu Sakaguchi and his team at Mistwalker. Today I am going to provide initial thoughts on this beautiful RPG.

If we look back players have been waiting for Fantasian since March 2019, when Apple introduced us to some of the devs on this platform. The first is published throughout the globe on April 2, 2021, while the second is published on August 13, 2021.

Part 1 is around 20 hours or maybe around 30 if you are a completionist and part 2 playtime is much the same. So total playtime will be about 40 to 60 hours. Mistwalker has decided for the first half of the game to be more story-driven and the second half to be quest-driven and players will have more freedom to decide on where they want to go. 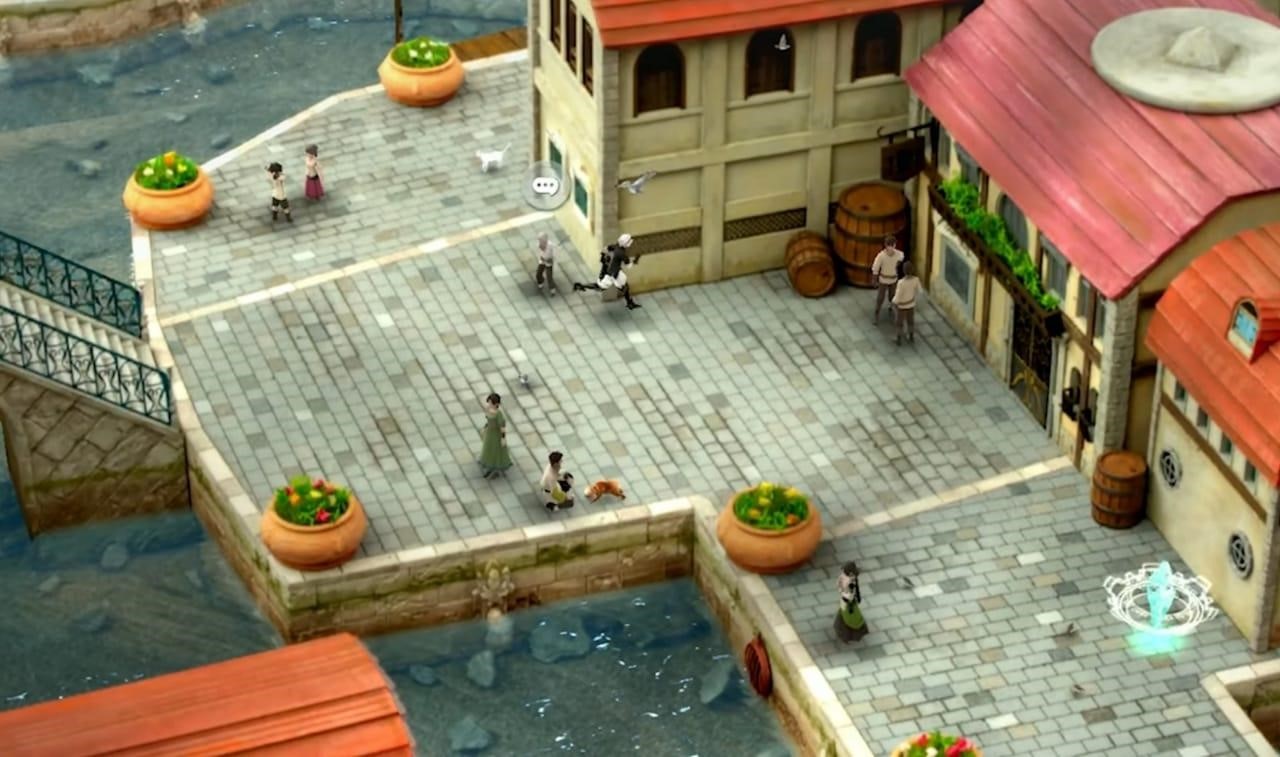 The story is a unique experience and not linked to any of the team’s previous games.

A bizarre mechanical infestation is slowly engulfing everything and you play as Leo who has lost his memory after a massive explosion. Set out on an adventure, traveling to difficult parts of the world and you’ll learn more about the protagonist’s past. You’ll solve puzzles, go on a quest, meet characters along the way that will guide you, and maybe battle beside you and you’ll save the world order and chaos is kind of the focal point of the narrative.

I wouldn’t say the story is groundbreaking and writing can be a little generic at times but for me, that’s not the selling point of this game. It’s special because the whole game takes place on real dioramas that are scanned and inserted into the game with 3D characters. This style provides a nostalgia trip of early console games from I’d say the 90s but now with a modern twist.

There are so many moments when you’ll be exploring and you just have to stop and say ‘Hey, wait a second’ all of this is real. Mistwalker used a technique that is similar to projection mapping. This allows them to project the images into the sides of the models. Then in the game, as you explore the sets and the camera transition between scenes. A situation was created to different projections maps are applied to the 3D model and quickly the camera moves while cross-fading the images. The amount of care and love showed here to get Fantasian distinctive visual expressions to life is just remarkable.

Mistwalker also needs as much recognition as they can for delivering such a polished experience within such a short amount of time. When looking at how they made the game it’s going unfair.

Let’s go further with the legendary soundtrack which is worth talking about. It’s all thanks to the composer Nobuo Uematsu. After providing his service for around 30 years to game such as the Final Fantasy series and Cast odyssey and Blue dragon.

Another cool feature of the games is the new battle mechanic. In other RPGs, you often have to face every enemy encounter and it can become a little repetitive. I believe to get around this Fantasian has introduced the dimension battle mechanic. This feature allows the user to send previous opponents into a separate dungeon. However, the catch is that you can only fit a certain number of enemies in this space at a time. Once it becomes full you are forced to fight them all or you can fight them early if you want. I thought this would get a little irritating but I found that it’s set up so, you pull off massive combos and quickly eliminate all the enemies, and it’s also a very good way to level up.

The UI during combat is very easy on the eyes compared to many other RPGs on the App store or just in general. It’s also very comfortable with the controller as all the buttons are located on the bottom right and you can just switch back and forth to select either an attack skill or item.

It’s worth noting that some bosses are hard and understanding what different items and attacks do can take some time. Thankfully the game does a great job providing detailed information on how to engage in combat and I highly suggest that you don’t skip on it. The game isn’t going to be holding your hand or anything and you’ll still have to work out some things on your own but it will get you set up for success.

I find it incredible how well this game performs on a range of Apple devices. Even if you decide to play at a resolution of 4K on mac then the game will still stick to 60FPS. If you play on an iPhone or Ipad, the game will try to maintain 50FPS. I also take my hats off to the team for allowing Fantasian to look so sharp on pretty much any Apple device. If you do find the game frame rate is struggling a little or your device is getting quite hot, then you can go into settings and lower the FPS to 30.

I only have one problem with the game right now and that is the camera, when the camera transition between scenes, I often find that the character controls become altered. It’s hard to explain really but you could be walking forward and then when it moves to another location suddenly, you’re walking backward or in a different direction.

All over, the team has done a great job with all the realistic themes and good gameplay. Worth the time.

Fantasian Game ReviewThis is a product of the industry legends behind the Final Fantasy series, and it is available on the Apple Arcade. This breathtaking RPG immerses gamers in hand-crafted worlds that resemble dioramas. Players take on the role of Leo, who rouses from a huge...