The Four Winds- an Epic Historical Fiction by Kristin Hannah

There are quite a few books that illustrate with brilliance the struggles of families worldwide during the Great Depression. One thing that every such book agrees upon is that it was not a good time. Families suffered and lives were lost. However, many lives fought till their last breath for their families and themselves. “The Four Winds” is about the story of one such woman. The book is set in Texas and follows the life of Elsa and her family as they battle the Great Depression. Kristen Hannah brings to life this amazing story and shows exactly what people had to go through in that era with authenticity.

Elsa has a beautiful life in Texas that she had earned herself. She had to start from scratch and build a land that was worthy of much envy from her contemporaries. She took time to develop her relationships as well. Even though not much about her husband is mentioned in the book, it is evident that she was madly in love with him. To make her in-laws except her, was another struggle altogether. Nevertheless, she succeeded. Starting from her early pregnancy that obstructed her dream of attending college to establishing a stable livelihood in Texas, Elsa’s life had not been an easy-flowing one, but her indomitable spirit always picked her up and kept her moving forward.

Things were going pretty good for Elsa and her family till the crops started to dry out. Food started to lack in quantity and soon the Depression reached Elsa’s family and Elsa was faced with one of the hardest decisions she was to ever make. She either had to leave Texas, leaving behind her hard-earned life, and everything she had worked so hard for through the years, or she could stay in Texas, waiting for things to turn around. The latter did not seem like a wise decision and survival became more important than sentiments. Elsa sets out on her journey to California with her two children.

The journey was not an easy one, but the destination was going to be even harder. On reaching California, Elsa realizes that it is an exploitative system. Cashing in on the humongous flow of immigrants to California, the industrial system there started to pay lesser and lesser to the laborers. Elsa was not a person to sit and watch. She revolts, along with a few of her other coworkers.

However, the rebellion was soon put off and Elsa’s death marks the end of the main story of the novel. She is seen urging her husband to take their children back to Texas. She dies a hero, giving a voice to the laborers that they needed.

Read More: Perks of Being a Wallflower- a Book Jam-Packed with Emotions 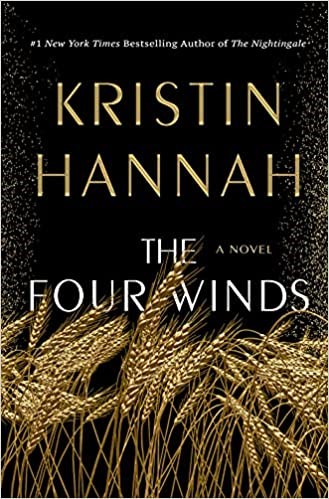 All in all, the book is worth a read. Especially if you have a keen interest in the incidents and lessons that history has in store for us then this latest book by Kristin Hannah would certainly make your reading list.

If you thought that you knew what exactly happened during the Great Depression and in the Dust Bowl, then think again. The book portrays with vivid recollections the struggles that families had to go through during that time.

This particular book highlights, even more, the struggles of a single woman in the face of various adversaries. Starting from her early life tell her that, all she has known are struggles. However, she had also managed to sail across the turbulent sea of life on her own. The book does not glorify such struggles, as such struggles are not desirable to come on but it certainly celebrates the indomitable nature of the woman.

One thing that serves as a major drawback for the novel would be the continuous and consistent bad things that keep happening to our protagonist. In some places, it might feel like the author jotted down all that went wrong during the Great Depression and decided to put our protagonist through all of it. However, it can be argued that Kristin Hannah wanted to get across to her readers the real intensity with which the Great Depression had hit the world at the time. Nevertheless, the series of depressing events that keep on happening to Elsa that the plot keeps up till the very end might be a bit exhausting for the readers at times.

Maybe if the book was launched at a time other than the present, when the world is face to face with another potential Great Depression with a raging pandemic outside, it would have been easier for the readers to read the novel and put it aside on the bedside table. However, in this case, the reality coincides with the case of the novel call mom making it even more difficult for the readers to evade the depressing aura that the book is sure to create around them.

Again, some might argue that Kristin wanted to contemporize her novel. Her novel is treated by many as a symbol of hope. Elsa is portrayed as someone who every individual should aspire to be right now – someone with high hopes, an invincible spirit, and someone who never stops dreaming. Personally, this explanation feels like a better translation of the book’s inner meaning.

Even though the book is yet another brilliant inclusion to Kristin’s authorship, the fact remains that it can be heavy for many. If you like reading to evade reality, or if you are someone who naturally gets sucked into the world of the stories that you read, this would not be a recommendation for you. Depressing things keep happening and the ending does not really help that much. Sticking to Kristin’s other novels would be a better option then. But overall, the book is absolute brilliance. It delivers with expertise the emotions it wanted to express.

The Four Winds- an Epic Historical Fiction by Kristin HannahThere are quite a few books that illustrate with brilliance the struggles of families worldwide during the Great Depression. One thing that every such book agrees upon is that it was not a good time. Families suffered and lives were lost. However, many lives...