Tom Clancy’s Jack Ryan is set in the Clancy universe depicting the life of the titular character Jack Ryan, a CIA analyst and a former Marine with an unhinged moral fundamental. For those unfamiliar, Tom Clancy is the author of many novels and works of fiction, with Jack Ryan being his most popular creation with inspiration from the James Bond series for a mixed blend between realism and fictitiousness.

There have been many renditions of the character in the past, with the latest one being on Amazon Prime, where Jack Ryan is played by John Krasinski. In the series, Ryan is shown as an allegedly distraught CIA analyst stemming from his issues in his past, paired with a new boss, Jim Greer (Wendell Pierce), who was demoted due to his issues in the past. The personas don’t gel too well together, but it takes a turn as the two of them are faced with a bigger threat that requires them to come together to combat the situation. Ryan’s intel leads him to believe with a high certainty that he has traced the financial resources of a global terrorist (Ali Suliman), who is planning a major attack very soon. 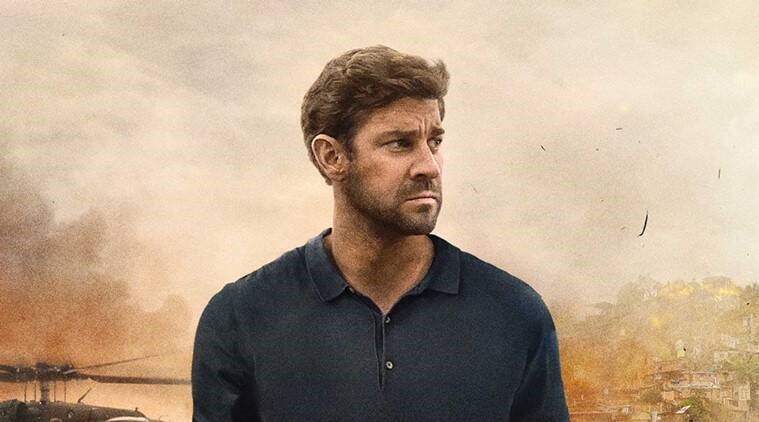 Read More: The Best Form of Entertainment: The USA Network

It’s not just a patriotic USA-driven show altogether however, some scenes and episodes show the other side of the ugly world as well, with refugees suffering and the terror and cost of lives during a wartime period. The effort is there to put the cliches aside and do the genre justice by fuelling in as much drama and hype before a climax level encounter happens for any given episode to keep the audience hinged. While this is true for the first few episodes of the season, where it does a good job in adding some mysterious trope to the elusive Jack Ryan character, the show soon falls down the rabbit-hole of being sucked into the explosion heavy and guns blazing action scenes which the audience have grown tired now over the years after grinding through it in Hollywood films for the last 50 years. On the surface level, the show follows the terrorism plot with the protagonists tasked with stopping the situation before it escalates or letting the terrorists win. That’s it, however, there is no digging down further from the surface level from this one, as quite frankly, the two protagonists possess the action-star type superhero powers such as an incredible sixth sense to decipher anything while taking on a terrorist group by themselves with little to no backup. This might seem like a hate-driven plot against the series but, when a big name like Tom Clancy’s Jack Ryan is mentioned, people have high hopes and expectations that it will be a little bit different by offering varied action plot scenes and heightened drama to up the ante. I wish it were true, as, in reality, the show relies mostly on depicting how the terrorists are cruel by killing the innocents and up the stakes for Ryan, who must, and due to the show’s nature of Jack Ryan being a superhero, will hunt them down and eliminate them.

Apart from the overused explosion scenes and the cliched action scenes, the drama before and after the plots are okay at first but soon becomes boring and grindy after like the first five or six episodes. It’s the same formula of having the agents talk in the security lingo while calling a code red so that Jack Ryan can do something about it and save the situation. While I understand that this is a glaring simplification of the whole genre, I did not expect simple when I saw the title of the show (perhaps I had my expectations a bit too high). All is not lost however, if you’re a fan of explosions and terrorist plots and sub-plots with a high focus on agency and undercover operations, the show is a banger and will not disappoint on those fronts. If you’re not tired yet of all those above-mentioned sub-tropes, then it is worthy of a mention to say that Wendell Pierce did a fantastic job as well in transforming many scenes with his brilliant portrayal. There are many scenes which seem rushed or sub-par in quality in terms of writing or execution, but Pierce handles it well in giving off the vibes that it is him against the world.

Tom Clancy’s universe is a big franchise and Amazon had a lot of expectations from the show to pick up the titular franchise Jack Ryan (the corporate name of the show after all is, Amazon Prime’s Tom Clancy’s Jack Ryan) and renew it for a second season. It is not a bad show by any means as the cast is very talented and did a phenomenal job in displaying their portrayal with what was given to them. I have grown tired of the same explosion-heavy terrorist plot-driven action scenes being the main crux of these types of shows instead of a legible story-driven arc or heightened character development being the priority. So finally, the question is…is it a show worthy of a watch? Yes, if you’re already into Clancy-verse as it will be easier to dive into the lore if there is for the TV show that is, and maybe if you’re looking for another guns-blazing action trope to pass the time.