Hit and Run – A Fast-paced Thriller

Hit and Run is the latest show created by the director duo of Lior Raz and Avi Issacharoff, the creators of the hit Fauda series. Based on their knowledge and encounters experienced in the Israeli Defense Forces, Hit and Run reflects just that through its action sequences and scenes being directed realistically while still offering a narrative to go along with it.

The series kicks off with a shot in prison where a guard tells a prisoner to go out into the compound, who then gets nearly beaten to death. A couple of weeks later it is revealed that the man is Segev Azulay (played by Lior Raz), who lives in Tel Aviv with his wife. His wife, Danielle Wexler (played by Kaelen Ohm) is a dancer with the Batsheva Dance Company, looking to professionally follow dance as her career. Segev has a daughter named Ella (played by Neta Orbach), and it seems that his life is normal and going well so far.

Danielle decides to audition for a dance company which is based in New York, to further her career, which is something that Segev doesn’t want as it would lead to him and his daughter Ella, having to stay back in Tel Aviv while Dani would have to go to the US alone. Right before she departs for the airport, Dani receives a text of somewhat of a threatening demeanor, telling her not to ignore it. After asking her driver to hand a ‘note’ to her friend, she goes to a café following which she is run over by a car on her way out of the place. The car briefly stops almost to give the subtle hint that it was premeditated, and then takes off without a word. 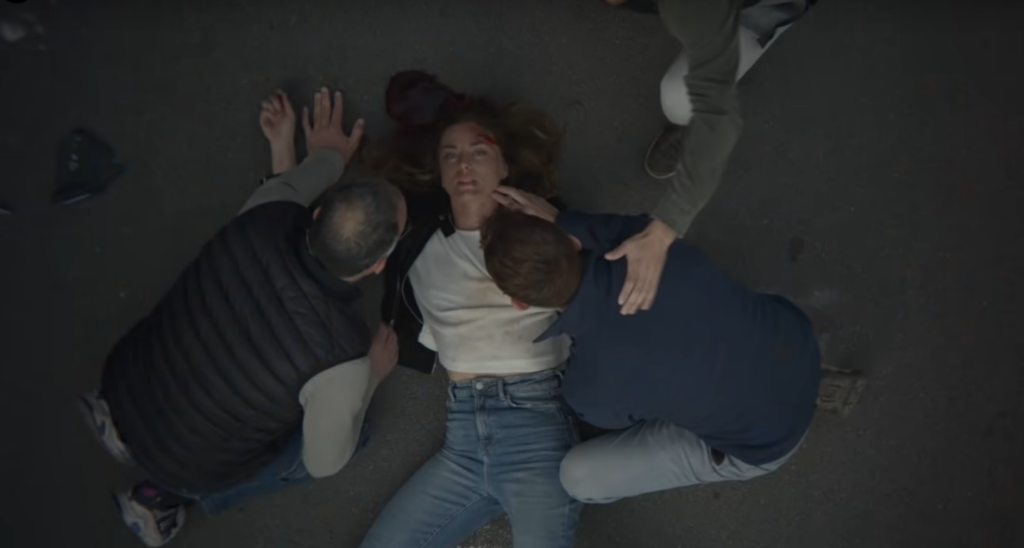 Segev having to break the tragic news to Dani’s father and Ella as well as a scene well-touched upon as the emotions there draw in the viewer to invest in the character, as you truly feel bad for Segev, who was having his life go in an upward trajectory with a well-settled career, home, family and status, only for it to come plummeting down with Dani’s accident (or was it?). After recouping his senses and calming down, he decides to go through Dani’s phone to investigate and is shocked to find out that an often-called number on Dani’s phone is also having an affair with her. The show then jump cuts to a flashback where it is indeed revealed that Dani was with someone else when she met Segev, complicating the story even further.

The show provides for an interesting take in the way scenes are directed and the artistic choices present here and there that set it apart from other series. While the idea of the show was birthed by Raz and Avi Issacharoff, the show is run by American Producers Nicole Yorkin and Dawn Prestwich, giving off an interesting cultural mix on how different cultures have a different artistic take and vision on how a scene is contemplated. The show takes place in Tel Aviv and New York, and at first, glance might remind someone of a classic overdone action -sequence heavy show that relies on explosions and gunpower to provide some quick entertainment. But as the show unravels itself, it can be seen that the action scenes and the build-up to it are plot-dependent and sometimes very deliberate to segue into the next plot, mixed in with flashbacks and past examinations of not just how the ensuing guns blazing scene just occurred, but uncovering the progressively more strained relationship between Dani and Segev as it is found out throughout the episodes. A lot had been going on behind Segev’s back, a prime example being that Dani was having an affair during the time she met Segev, and not just failed to mention but hid the fact from him even after a year or so when they were married.

The show’s first episode is the prime example of how a pilot episode of any series or a show should be, by asking so many different questions to keep the viewer’s mind engaged long after the episode is done, making it easier to reel them in for the next episode and eventually investing into the characters and the show itself. From the get-go, it is not clear on many fronts and leaves a blurred line on some crucial questions. Why was Dani having an affair with someone else, that too from the Mossad? Was Dani an undercover Agent? Was Segev her handler whom she happened to fall in love with? Did falling in love with her handler compromise her reliability which led her to be killed off? Why does Segev go all the way to New York investigating Dani’s death?

Raz’s performance as Segev is top-notch in this as he pulls off more than just the action-star stereotype. No overdone emotional scenes and good directional sequences on the drama-heavy moments help in this case, but it cannot be denied that he has done well in this one to be an action star and a drama-heavy role at the same time. It’s not just him, however, as he shares the screen with supporting actors like Rosenblatt and Ashkenazi, veterans in the Israeli industry. His role is somewhat of a pseudo undercover agent who wants to find out about his wife’s death while unraveling many mysteries without going public about it, which is a nod to his IDF training, which comes into play over here to keep the scenes from drifting away too much into the Hollywood mess these days, with unrealistic or cliched hacking scenes coupled with some fantastical technological devices aiding the protagonist.

Hit and Run might just be the biggest series of 2021 to watch with its interesting characters, plot-driven storylines, and a cast that feeds well off of each other to promise you intense moments to keep you thinking of what is going to happen next. Easy recommendation if you haven’t started to unpack this gem already.

Hit and Run – A Fast-paced ThrillerHit and Run is the latest show created by the director duo of Lior Raz and Avi Issacharoff, the creators of the hit Fauda series. Based on their knowledge and encounters experienced in the Israeli Defense Forces, Hit and Run reflects just that through...