It has been six years since the design of Windows 10 remains unchanged until then the brand-new version of Windows 11 is going to be a major overhaul evolution that is going to change the history of Microsoft in the future, and it is confirmed by the CEO of Microsoft Mr. Satya Nadella. The future proof of Windows 11 will be launch at the end of October and it is confirmed officially. The beta versions of Windows 11 already arrive at the Windows Insider Program Beta Channel and there are plenty of developers as well as users who are using Windows 11, but there are many bugs that Microsoft is still trying to get it to resolve. I have been also enrolled and so I was being to install Windows 11 without any issues on an 8th generation 15 Intel core processor but as far as my point of view I think that Microsoft doesn’t want to upgrade to Windows 11. So, let’s begin. As we can see that the interface of work has been completely redesigned with some cool features and it is also a lightweight OS as compared to Windows 10. The desktop offers app icons where google chrome OS doesn’t have the potential to do that, but I can say is that it does offer the OS a softer look. There are also a couple of the changes that it was added but I am not quite a huge fan of it. 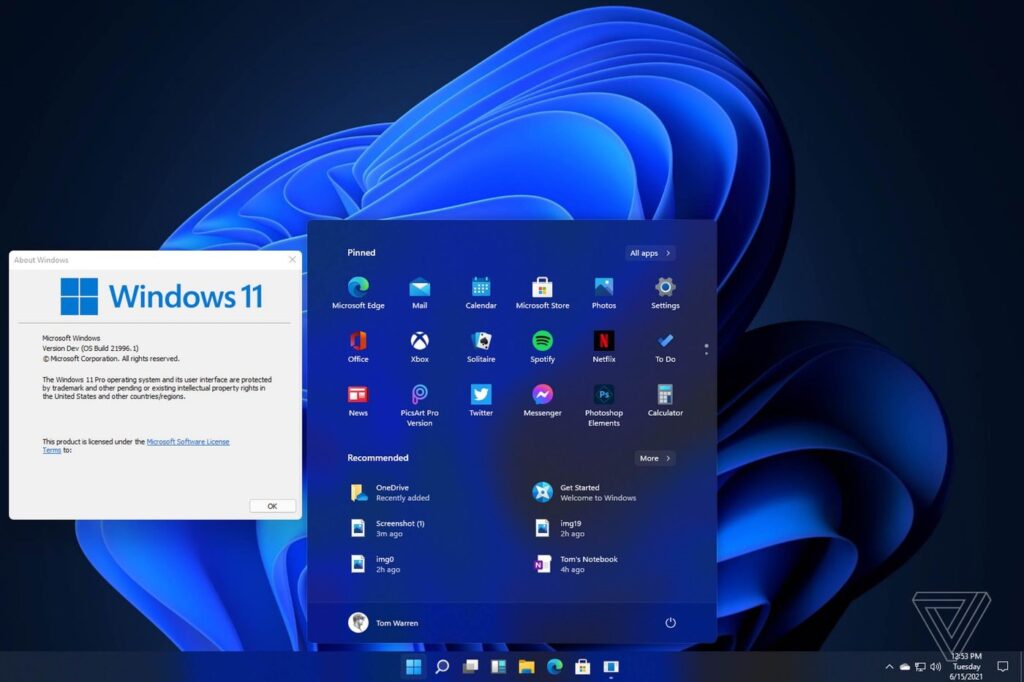 The Start Menu feature of Windows 11 gets major improvement where it also allows vestigial tiles section at the top of its panel by which any users can operate 4-5 tasks simultaneously making different tiles without any hurdles. The Start Menu has got mini – tiles which are also good for touch responsive input but earlier windows 8.1 and windows 10 used to provide live titles options. But this time Microsoft had decided to eliminate the live titles option from the start menu option which is a disappointing factor and could be annoying for the users who love live titles. 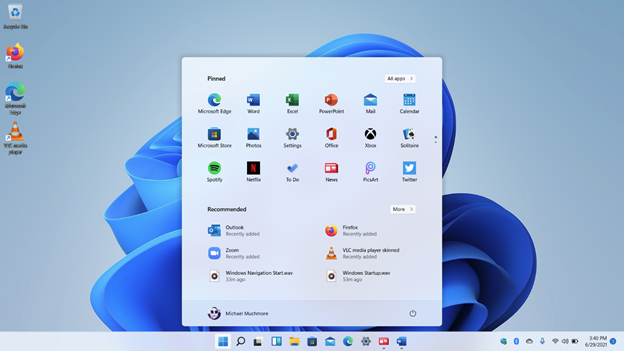 If I talk about the taskbar option in windows 11, then I would say that I am not quite crazy with new features because this time Microsoft has reduced icons size into smaller with less informative buttons. In the case of Windows 10, it was totally clear that which are programs and which programs are not.

File Explorer has been given a new look and a completely new icon that looks funky, stylish. The simplified ribbon is there along the top which is far less busy and distracting as compared to the previous version of File Explorer. The overflow menu offers file compression, selection, and properties.

The users who operate Windows tablets do support touch resistance where you can be able to customize into tablet mode as well. The on-screen keyboard which allows the users to make customization and add custom backgrounds and touch gestures also improved. 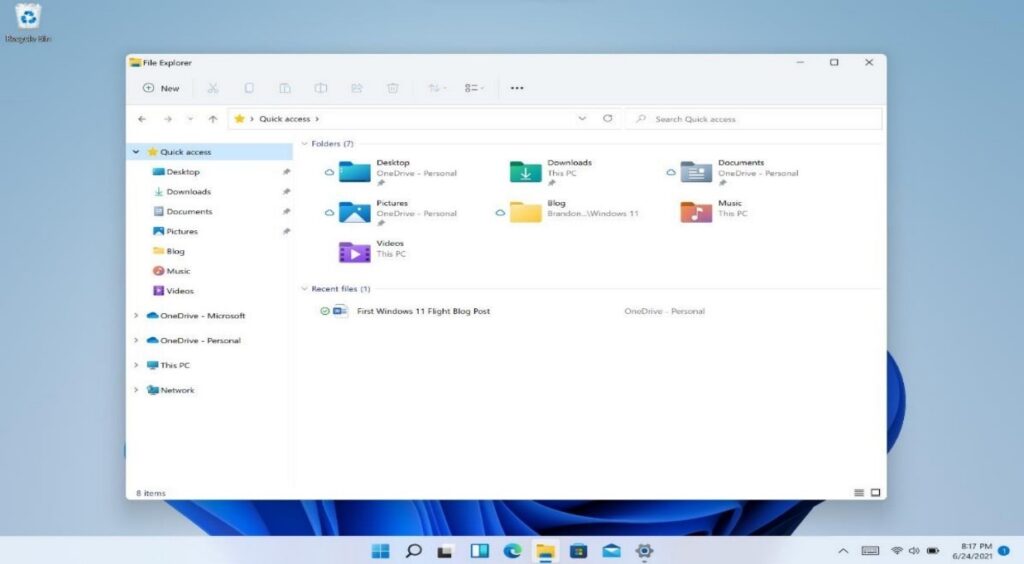 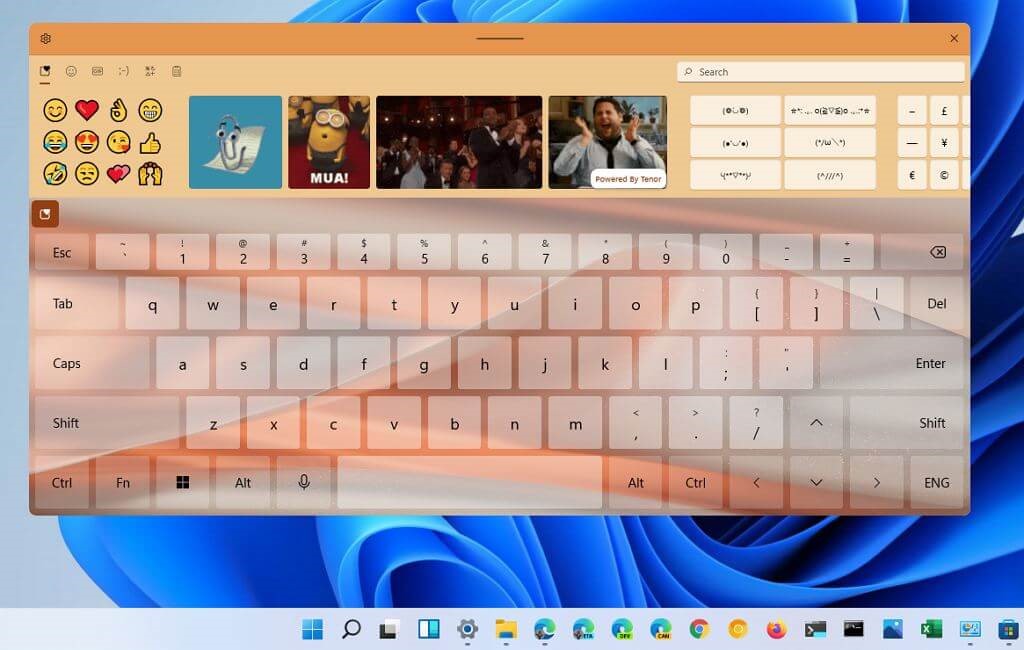 This time Microsoft has decided to split the action center of windows 10 into two new separate panels and tap targets. Just like in MacOS’s notifications which are used to be clean, simple, single panel, now also a collection of smaller popups.

I would still prefer a single action center panel for allowing notifications and quick settings. The quick settings panel allows you to click on the WIFI, battery icon. In default, it displays buttons for WIFI, Bluetooth, Airplane mode, Battery Saver, Focus Assist, and last but not the least Accessibility along with sliders for speaker volume. 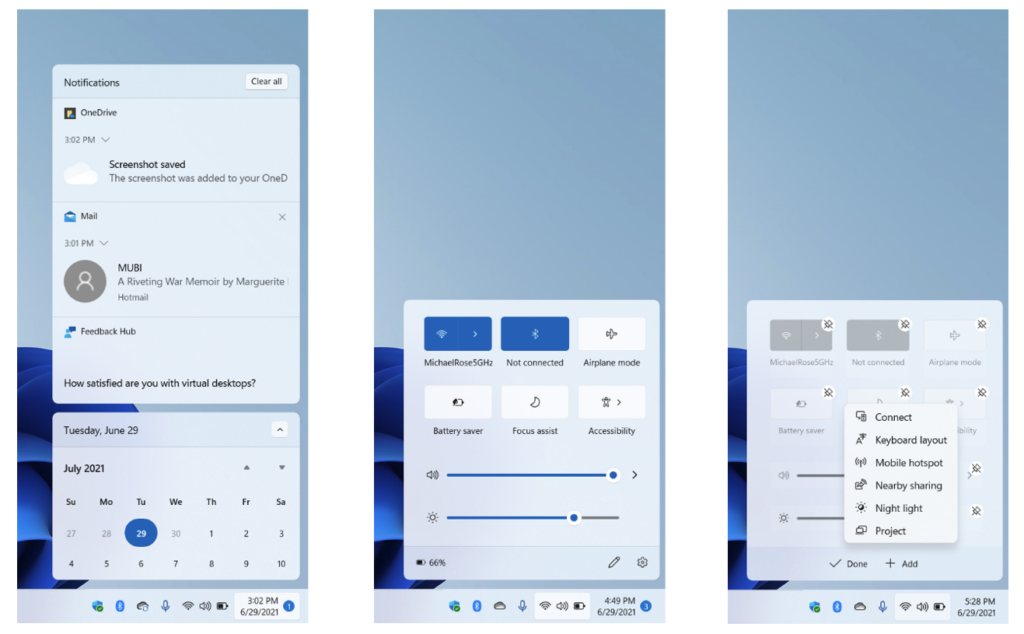 The interface of Settings has been completely redesigned, but it does have some advanced dialogs of the old design. I love the part of the theme feature in customization settings where the user can be able to switch into light and dark mode. I love the dark theme version as it helps to reduce the white light rays effect into our eyes and now in google apps, dark theme features are also available. 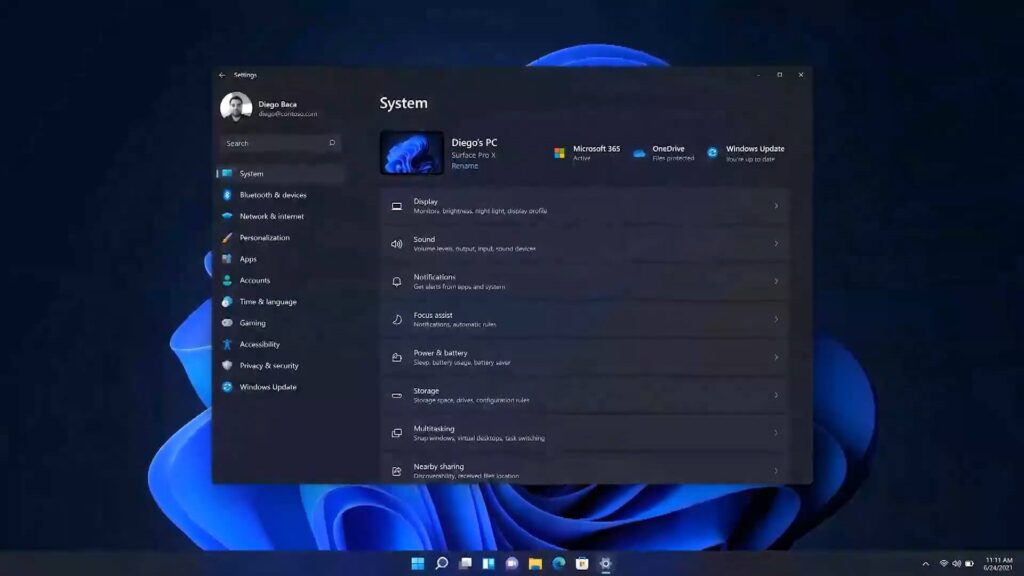 Microsoft has now redesigned its new version of windows store which looks almost fifty percent the same as the Mac book App store and it has got a slick design. From now onwards, Windows 11 can also be able to run android apps which means that any third-party app or application can be allowed to run easily which was not there at the earlier versions of Windows such as APK. Now in addition to that the Microsoft store also offering movies, games, and TV. But the sad thing is that team integration wasn’t included in the preview build of Windows 11 and the rest of the standard apps remains as same only the icons layer has been changed such as Photos, Groove Music player, Calendar, Mails, etc. 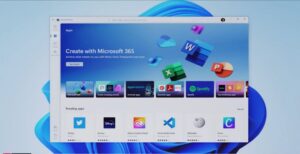 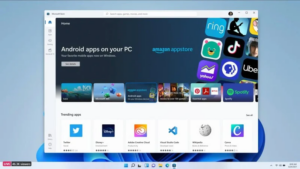 PROS AND CONS OF WINDOWS 11

Let’s talk about the pros and cons of Windows 11.

It’s good to see where I like the part that Microsoft has done an excellent job of upgrading from Windows 10 to Windows 11 which took a big step like never and it is going to change the history. The future of Windows 11 is almost towards its doorstep to knock on it and it is impressive. In the upcoming year 2022, I think Microsoft can promise to make the updates much smaller around 40% to give a healthy stable update and I hope it resolves bug issues on public stable updates.

Here is the List of Best Debut Albums of 2022

Windows 11 – A Major Overhaul EvolutionNew look It has been six years since the design of Windows 10 remains unchanged until then the brand-new version of Windows 11 is going to be a major overhaul evolution that is going to change the history of Microsoft in the future, and it...