Tower Defense Games are plentiful in the store, but very few can hold up to the complex yet simple game design offered by Mindustry. This is a true open Sandbox game for smartphones and does not disappoint the expectations set by the genre. As with most sandbox games, getting into the world of Mindustry can look daunting at first due to the sheer amount of tools and information offered to you straight up one after the other while not trying to get familiar with the controls. 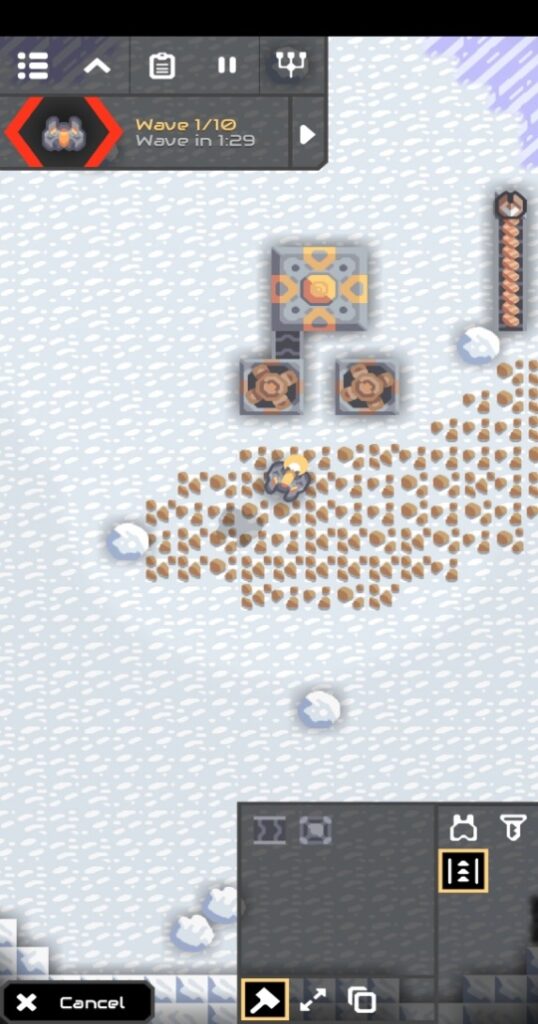 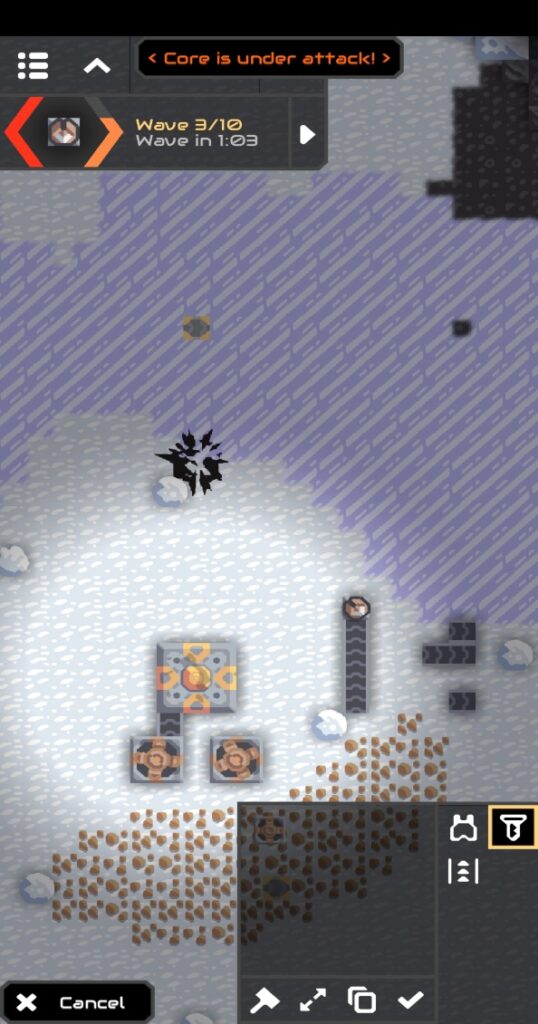 Being a tower defense game, the gameplay consists of building turrets and other protectors to secure the core of the base from intruders that spawn in waves. The building of turrets is supplemented by mining copper which can then be put on the conveyor belt to have them delivered from the drill to the core of your base or defense turrets. There are waves in the game that keep spawning harder and more enemies as the waves progress, requiring stronger and more strategic bases to keep out the enemies as the gameplay progresses. During the initial playthroughs, there is a learning curve associated with getting used to the controls, but this goes away fast thanks to the intuitive layout used throughout the game making it easier for players to understand what goes where. 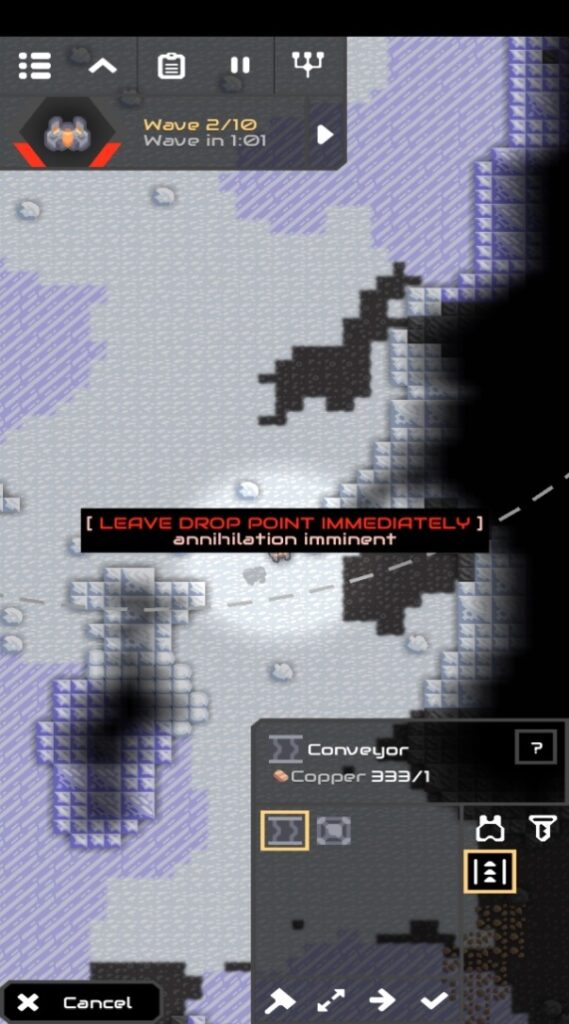 Apart from the face-value objective of the game, Mindustry has a lot of hidden tools and tactics which get uncovered as the player gets more and more versed with the game. Tech trees and unlocking other planet areas are just the beginning which helps keep the character relevant in terms of tools and strength that can be used to defeat the enemies by making more complex bases.

Read More: Days After Zombie Review: A Game that Keeps You Alert & Engaged

The pixel-art-based graphics on this game is excellent and sells the theme perfectly. It has all the retro-animations and graphics that you can expect from a 1990s game and it does a stellar job of execution by keeping it consistent throughout the game. Pixel-art graphics does not always mean a bad or lower level of detail, as Mindustry offers quite a high level of detail for its game world. Considering how many planets and areas can be unlocked for being a handheld game, it does not sacrifice the polygon count quality across the game.

Multiplayer is the aspect that elevates Mindustry over most of the games in the store for handheld platforms in my opinion. Offering full IP-based server hosting and connectivity options, it is very close to the PC experience of enjoying global servers and playing with anyone wherever and whenever you want. Servers can be hosted over a local network to play with your friends over at your place for example or can be hosted through your IP address to allow global reach and have anyone from any part of the world be able to join your server. Joining options are similar where you can join many different globally hosted servers with different objectives set as priority resulting in a sort of pseudo-mmo experience.

Perhaps the best part about multiplayer is probably the easy-to-use LAN setup which allows you to invite your friends who live nearby and just have a session of pure base-building and PvP. LAN accessibility is nothing new and many games have it, but few games can match the options offered by Mindustry.

Yes, that’s right, Mindustry offers modding and imports of mods as well just like a full-fledged PC sandbox game. Mods in this game can be used to alter the texture pack or the visuals of certain items to how the player wants them to be. Downloading is simple as it is just a click on the mod itself and it gets imported into the game automatically (unlike PC shenanigans) which makes it quite addicting to try out different mods because of the easy accessibility and usability of the mod system.

Now the question I had when browsing through so many mods and server lists was, what’s the catch with MTX or Ads to recoup the revenue? To my surprise, Mindustry does not have any intrusive Ads to ruin the immersion or pay-to-win MTX transactions that give an unfair benefit to paying players. The best of both worlds is offered by this game, a free game with zero ads or P2W MTX solutions, and just for that reason alone, this game must be on your to-play list as I’m so used to games now being commercialized on every front, that this feels like a blessing or some act of generosity.

Originally developed as a machinery-themed game, Mindustry has come a long way through patches and updates that result in a polished and complete-looking game with the developer’s vision being reflected on the objectives of the game and how they are executed. A larger screen such as on a tablet or phablet is usually the preferred choice to play this game on due to their screen size, but a smartphone offers no disadvantages so to speak. An easy recommendation for time which will be wasted good while playing Mindustry.

Mindustry Review - Meeting the Smartphone Gamers ExpectationsTower Defense Games are plentiful in the store, but very few can hold up to the complex yet simple game design offered by Mindustry. This is a true open Sandbox game for smartphones and does not disappoint the expectations set by the genre. As...