Xbox- Series X or Series S? – A Review to Help You with the Best Buy

There are a lot of benefits of using consoles while playing. One of the best advantages of playing on a console is that you can use wireless controllers. These wireless controllers guarantee a more active gaming experience. However, to enjoy your games to the fullest, it is also important to have a console that would have your back. Now, having options is good. But you would also agree on this that too many options tend to confuse us regarding what we want exactly. For instance, if we are talking about Xbox consoles come on there are quite a few options out there that you can choose from. Amongst those options, the top choices in the market right now would be the series X or the series S.

Now, this might not be the first write-up that you are going through so as to make up your mind about the purchase, and it might not be the last either. So, you must have gone through sites where they tell you that Xbox series X would be a better option than the series S. We, though, are not going to feed you an opinion just like that. We are going to go through the features of both consoles and then leave it on to you to decide which would be your perfect buy. So, ready? Start reading.

This is the newest console that Microsoft has brought to the market. It promises to deliver great enhancements and all the top gaming techs. This console was officially launched in the market in the month of November. Here are some of the top features of the new console.

Here is taking a look at the technical aspects of the series X Xbox consoles. So if you are someone who looks into the more technical sides of a particular device that they are buying come on then this is a section that might interest you.

The Xbox series S is more like a sibling of the Xbox X series. They made their debut in the market almost together as well. So what are the features that this console has to offer that you might not be able to enjoy in the other one that we have discussed so far? Let’s have a look.

Again, here are the technical specifications of the councils of Xbox series S. Have a look at it.

What is the difference? 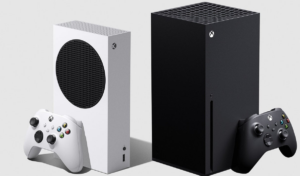 Well, there is not much of a difference between the two Xbox series that we have discussed here. It is just that an Xbox series X console is quite costly. On the other hand, the all-new Xbox series S also offers you similar features and technical advantages, but at a way more affordable price. To further the points of distinction, the Xbox series X can play physical games and movies, owing to its 4K UHD Blu-ray drive. The Xbox series S has no such option. To draw an ending line to the debate, someone who owns a 4K TV, or plans to own one in the future, would enjoy an advantage if they choose series X over Xbox series S.

So now, that is your time to act. It is your call. Which one do you feel would suit your purpose the best? The facts lay before you right here.